Side 16
The court further ties , or either of them , elect to drill a found that after
commencement of the test well , it should be commenced within action , and with
full knowledge of the six months from the date of the judgclaim of plaintiff , the
defendants ...
Side 427
The note further provided , in pertinent part , as follows : " Any or all of the above
described pol . icies may be canceled by the Bank , at any time , after first giving
ten days ' written notice of its intention to cancel by depositing such notice in ...
Side 861
He asserted , further , that other interested parties , including the the creditors had
stated in open court creditors ' committee and its counsel , that they would be
unwilling to agree have resulted in a thorough investigato any plans proposed ... 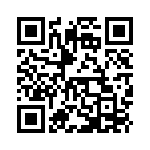