Side 8
... and murdered at Otrar , by the command of Mohammed ; nor was it till after a
demand and denial of justice , till he had prayed and fasted three nights on a
mountain , that the Mogul emperor appealed to the judgment of God and his
sword .
Side 12
But these daggers , his only arms , were broken by the sword of Holagou , and
not a vestige is left of the enemies of mankind , except the word assassin , which ,
in the most odious sense , has been adopted in the languages of Europe .
Side 16
30 While China , Syria , and Poland were invaded at the same time by the
Moguls and Tartars , the authors of the mighty mischief were content with the
knowledge and declaration that their word was the sword of death . Like the first
caliphs ...
Side 29
... and his blessing was delivered in these words : “ Let them be called Janizaries
“ ( Yengi cheri , or new soldiers ) ; may their countenance be ever bright ! their
hand victorious ! their sword keen ! may their “ spear always hang over the heads
...
Side 30
But the sword of his Janizaries could not defend him from the dagger of despair ;
a Servian soldier started from the crowd of dead bodies , and Amurath was
pierced in the belly with a mortal wound . ' The grandson of Othman was mild in
his ...
Neste »

Examining a period of world (european) history (late antiquity throughout the middle ages) crucial to the understanding of western civilization, this book is a treasure. Edward Gibbon, drawing from ... Les hele vurderingen 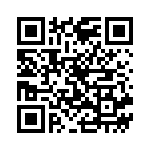