Barry Hines (1939-2016) was an English author who wrote several popular novels and television scripts. He is best known for the novel A Kestrel for a Knave (1968), which he helped adapt for Ken Loach's film Kes (1969).

Lawrence Till is a BAFTA and RTS nominated Producer & Director with a background in award winning theatre, with over fifteen years' experience as an Artistic Director directing plays by new and established writers. He won a Writers' Guild Award for his encouragement of writers and has commissioned over forty new plays. He was Artistic Director of the Octagon Theatre, Bolton, from 1991 to 1999, and Watford Palace Theatre from 1999 to 2006. 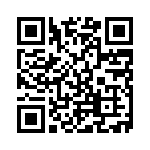