Armine Ishkanian is a Lecturer at the London School of Economics (LSE) Centre for Civil Society, Department of Social Policy and a Research Associate at the LSE Centre for the Study of Global Governance. Her research interests focus on civil society, democracy building, development, and gender. She has published widely on these topics in leading journals including Social Politics, Journal of International Development, and Central Asian Survey. 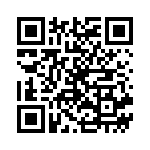