Side 149
or mandatory prejudgment interest, filed after the entry of judgment, constitutes a
motion to alter or amend the ... thus, the filing of a motion for such interest renders
ineffective any notice of appeal filed before a ruling on that motion, under the ...
Side 974
Stephen Goldsmith, pro se, of Indianapolis, Indiana, argued the cause for
respondents in both cases and filed a brief for himself in No. 87-470: RICO
legislation is not limited to either organized crime or the infiltration of legitimate
business.
Side 1018
Lawrence M. Mann, of Washington, D.C., argued the cause and, with W. David
Holsberry, of San Francisco, California, and Harold A. Ross and Clinton J. Miller,
both of Cleveland, Ohio, filed a brief for respondents: The FRA regulations are ... 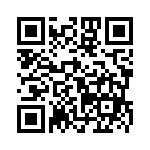