Jeffrey W. Legro is Randolph P. Compton Professor in the Department of Politics at the University of Virginia. He is the author of Rethinking the World: Great Power Strategies and International Order and coeditor of In Uncertain Times: American Foreign Policy after the Berlin Wall and 9/11, both from Cornell. 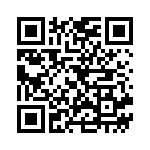