Side 70
Eastern dialect . 5. Dames , M. L. , 1881 , A Sketch of the Northern Balochi
language , containing a grammar , vocabulary and specimens of the language ,
Calcutta . Eastern dialect . 6. Dames , M. L. ( Compiled ) 1904 , Text - book ... of
the ...
Side 34
6 In pre - Islamic times , semi - nomadic confederations like the Kushans and
Hephthalites or White Huns straddled the plateaux and fertile valleys of eastern
Afghanistan , linking this region with their Central Asian homelands . On the
religious ...
Side 35
Laith was defeated in Khurāsān by the Sāmānids , the succeeding Şaffārids were
speedily reduced to the status of a minor , tributary dynasty in Sistān alone , and
eastern Afghanistan fell under Sāmānid suzerainty . The process , begun briefly ... 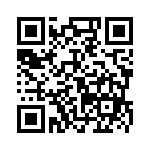