Side 1065
although. reaHavana. , Feb . 20 , 1928 , Am . J . , XXIII , Special Supplement ,
April , 1929 , 114 ; Convention on Nationality adopted by the Seventh
International Conference of American States , Dec . 26 , 1933 , Report of the
Delegates of ...
Side 1230
15 Special envoys , of whatsoever rank , appointed as delegates to an
international conference bear credentials not necessarily addressed to any one
of the governments taking part therein , but rather such as are capable of
exhibition by the ...
Side 1676
The United States played an impressive part in the production of the Treaty
Limiting Naval Armament concluded at the Washington Conference , February 6 ,
1922 . It accepted the Treaty for the Limitation and Reduction of Naval Armament
... 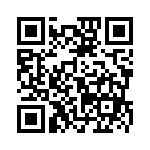