Arthur M. Schlessinger, Jr.'s book on the Kennedy Presidency is of interest to the historian of foreign policy and diplomacy if for no other reason than the fact that he was close enough to the ... Les hele vurderingen

As Time magazine said when this book came out This is the best Kennedy book. Drop the mic. Jacqueline Kennedys Historic Conversations that was released a few years ago is her & Arthur Schlesingers ... Les hele vurderingen

Arthur M. Schlesinger, Jr. is renowned as a historian, a public intellectual, & a political activist. He served as a special assistant to President John F. Kennedy; won two Pulitzer Prizes, in 1946 for "The Age of Jackson" & in 1966 for "A Thousand Days," & in 1998 was the recipient of the National Humanities Medal. He lives in New York City.

David Sobel was editorial director of Times Books, wherehe worked closely with Arthur Schlesinger on the AmericanPresidents series of biographies. He lives in Montclair,New Jersey. 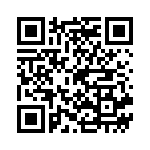