David Harvey teaches at the Graduate Center of the City University of New York and is the author of many books, including "Social Justice and the City," "The Condition of Postmodernity," "The Limits to Capital," "A Brief History of Neoliberalism," "Spaces of Global Capitalism," and "A Companion to Marx's Capital." His website is davidharvey.org 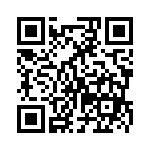