Side 95
Whatever titles a despot may assume, whatever claims he Military may assert, it
is on the sword that he must ultimately depend {o}. to guard him against his
foreign and domestic enemies. From ot" the age of Charlemagne to that of the ...
Side 317
The influence of this relic or trophy was felt by the servants, and perhaps by the
enemies, of Christ; 104 and its potent energy was heightened by an accident, a
stratagem, or a rumour, of a miraculous complexion. Three knights, in white ...
Side 367
Without counting their numbers, he sustained their charge ; and we learn from the
evidence of his enemies, that the king of England, grasping his lance, rode
furiously along their front, from the right to the left wing, without meeting an
adversary ... 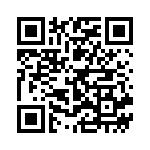