Side 345
These cases involve the construction of those portions of the National Bank Act, 44 Stat. 1228, 12 U. S. C. § 36(c), which authorize a national banking association, with the approval of the Comptroller of the Currency, to establish and ...
Side 346
51, the petitioner maintains its principal banking house in Logan, Utah, which is a second class *[385 US 255] city ... one of which belonged to respondent, Walker Bank & Trust Co., whose home office was located in Salt Lake City.
Side 980
The National Bank Act was intended, not to make all state laws respecting branch banking binding upon national banks, but to give effect to a state's decision to prohibit, or to limit the extent of, branch banking. First Nat. 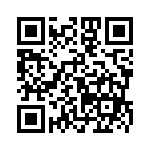