Jean Edward Smith taught at the University of Toronto for thirty-five years, and at Marshall University for twelve. He was also a visiting scholar at Columbia, Princeton, and Georgetown. He is the author of Bush, a biography of the 43rd president; Eisenhower in War and Peace; FDR, winner of the 2008 Francis Parkman Prize of the Society of American Historians; Grant, a 2002 Pulitzer Prize finalist; and John Marshall: Definer of a Nation. 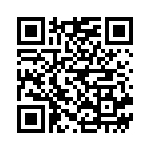