Side 158
After being battered by storms off Cook Strait between New Zealand North and
South Islands , Resolution returned safely to Ship Cove on 3 November for rest
and reprovisioning , but Adventure , a much less handy vessel , was forced to find
...
Side 199
The vessels selected were two corvettes , Dumont d ' Urville ' s established
expedition vessel , the 380 - ton Astrolabe ... U . S . Exploring Expedition ( see
Wilkes , Charles ) , preparations were rapid , and the vessels sailed from Toulon
on 7 ...
Side 378
Toronto : Longmans , Green . off Holman , much to the surprise of the HBC
manager , who had just spent all night unloading Fort Ross , an HBC vessel that
had sailed from Halifax three months before St . Roch but whose route had taken
it ... 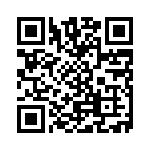