Side 10
The fez , the wily aged face vanished ; the man who stood there was young , healthy , husky . He wore a faded but clean blue shirt , and he could have been a foundry worker in Pittsburgh . He had a clear open face , black eyebrows that ...
Side 211
He brightened when we reached the grove of beech , and a great smile lit his face when Murt appeared at the doorway . I promised to take him fishing on the Saturday , and when I left , I saw his uncles come rapidly across the fields ...
Side 304
fied , hiding her face against her brother . Then , when I was at a safe distance , she peeped through her fingers and , with a cheeky grin , called in village Bengali , “ Arrey , brother , look at the red monkey ! 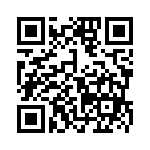