Side 8 - I am quite ready to take the Oriental learning at the valuation of the Orientalists themselves. I have never found one among them who could deny that a single shelf of a good European library was worth the whole native literature of India and Arabia.
Vises i 525 břker fra 1803-2008

Y. G-M. Lulat teaches Africana studies at the State University of New York at Buffalo. He is the coauthor of Research on Foreign Students and International Study: An Overview and Bibliography(Praeger, 1985), and he is currently working on a book on U.S. relations with South Africa. 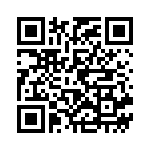