A brilliant easy-to-read guide, which is divided into sections: Death and Development; Relationships; Cultural, Philosophical and Religious Perspectives on Death and Children; Treatment and Therapies. Each chapter is written by an expert in the field. A good starting point. Les hele vurderingen

Bereaved children and teens: a support guide for parents and professionals

Almost 30 years ago, Grollman wrote a groundbreaking work for children on death, Explaining Death to Children (LJ 11/1/67). Since then, Americans have made strides toward viewing death as a natural ... Les hele vurderingen

Earl A. Grollman, a pioneer in the field of crisis intervention, was rabbi of the Beth El Temple Center in Belmont, Massachusetts, for 36 years. A certified death educator and counselor, he was cited as "Hero of The Heartland" for his work with the families and volunteers of the Oklahoma City bombing.

Dr. Grollman has spoken at many colleges, clergy institutes, seminaries, physicians' forums, and hospital nursing associations, and has frequently addressed support groups such as The Compassionate Friends and Mothers Against Drunk Driving. He has also appeared on numerous national television and radio programs, including the Oprah Winfrey Show, Children's Journal, All Things Considered, and Mister Rogers' Neighborhood. He was featured on National Public Radio's The End of Life: Exploring Death in America series in the roundtable discussion on grief and bereavement.

He is the author of several books including Living When a Loved One Has Died, Straight Talk about Death for Teenagers, and Living When a Young Friend Commits Suicide. 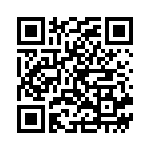