Side 135 - The Security Council shall, where appropriate, utilize such regional arrangements or agencies for enforcement action under its authority. But no enforcement action shall be taken under regional arrangements or by regional agencies without the authorization of the Security Council...
Vises i 732 břker fra 1844-2008
Side 142 - They shall refrain from any action which might reflect on their position as international officials responsible only to the Organization. 2. Each Member of the United Nations undertakes to respect the exclusively international character of the responsibilities of the Secretary-General and the staff and not to seek to influence them in the discharge of their responsibilities.
Vises i 796 břker fra 1778-2008
Mer
Side 135 - All Members of the United Nations, in order to contribute to the maintenance of international peace and security, undertake to make available to the Security Council, on its call and in accordance with a special agreement or agreements, armed forces, assistance, and facilities, including rights of passage, necessary for the purpose of maintaining international peace and security.
Vises i 752 břker fra 1879-2008
Side 141 - The Secretary-General may bring to the attention of the Security Council any matter which in his opinion may threaten the maintenance of international peace and security.
Vises i 930 břker fra 1873-2008
Side 134 - The Security Council may decide what measures not involving the use of armed force are to be employed to give effect to its decisions, and it may call upon the Members of the United Nations to apply such measures. These may include complete or partial interruption of economic relations and of rail, sea, air, postal, telegraphic, radio, and other means of communication, and the severance of diplomatic relations.
Vises i 822 břker fra 1909-2008
Side 119 - It shall be the duty of the Council in such case to recommend to the several Governments concerned what effective military, naval or air force the Members of the League shall severally contribute to the armed forces to be used to protect the covenants of the League.
Vises i 720 břker fra 1821-2007
Side 135 - Such agreement or agreements shall govern the numbers and types of forces, their degree of readiness and general location, and the nature of the facilities and assistance to be provided.
Vises i 550 břker fra 1923-2008
Mindre

FREDERICK K. LISTER is a veteran of 34 years of service in the UN Secretariat where he helped to coordinate the many interlocking activities of the UN and its 15 specialized agencies. In his retirement, he has engaged in research on international organizations as a senior research fellow of the Ralph Bunche Institute at CUNY. 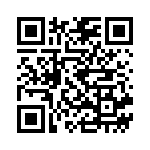