Side 23
... the man without a friend , ” at least , till death had deprived him of his nearest connections.37 In private , to Dallas , he was even more explicit : I by no means intend to identify myself with Harold , but to deny all connection ...
Side 157
I have kept my word , -at least so far As the first Canto promised . You have now Had sketches of love , tempest , travel , warAll very accurate , you must allow , And Epic , if plain truth should prove no bar .
Side 299
Byron had himself “ taken the wrong line ” as a young man , but at least he thought of himself as a poet using traditional forms and materials , not as practising a revolutionary " system ” . It seems likely that the classic - romantic ... 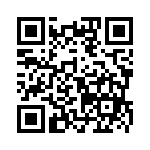