Side 74
... authorized by higher authority . On 19 February the trial began in New York of
Mr John Mitchell , former Attorney - General , and Mr Maurice Stans , former
Secretary of Commerce , on charges of conspiracy , obstruction of justice and
perjury .
Side 75
former special counsel to the President , Mr Robert Mardian , former Assistant
Attorney - General and deputy director of the Committee to Re - elect the
President ( Creep ) , Mr Kenneth Parkinson , lawyer for Creep , and Mr Gordon
Strachan ...
Side 85
Among the new Senators was Mr John Glenn , the first American to orbit the earth
, and among the most notable departures were those of Mr William Fulbright ,
former chairman of the Senate Foreign Relations Committee , who had been ... 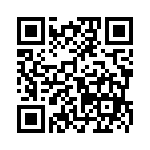