Unfortunately my rising 12th grader needed this book for her summer reading. She hated the book and found it difficult to follow. I chose this version because it updated the language somewhat and the ... Les hele vurderingen

"He was not of an age, but for all time," declared Ben Jonson of his contemporary William Shakespeare (1564–1616). Jonson's praise is especially prescient, since at the turn of the 17th century Shakespeare was but one of many popular London playwrights and none of his dramas were printed in his lifetime. The reason so many of his works survive is because two of his actor friends, with the assistance of Jonson, assembled and published the First Folio edition of 1623. 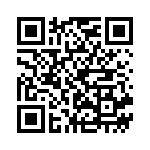