Judith Hudson Beattie is the former Keeper of the Archives at the Hudson's Bay Company. Helen M. Buss, Deptartment of English, University of Calgary, is a literary scholar who works with memoirs, diaries, and letters. 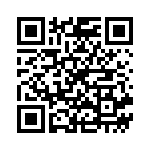