Side 306
However , a previ- the case involved rifles and shotguns . ous conviction is not a
predicate for The First Circuit reversed , counting the substantive offense or the
en the convictions because petitioner hanced sentence if the offender's civil ...
Side 620
At the sentencing hearing, the prosecutor asserted that petitioner had personally
used a stick during the assault, but ... Finding both sentencing allegations true,
the trial court, as relevant here, doubled petitioner's sentence on count one and ...
Side 622
See , e.g. , 16 evidence was insufficient to trigger Cal 4th 826 , 833-834 , 941 P2d
1121 , the sentence enhancement and ... petitioner waived his right tion would
violate double jeopardy to a jury trial on the sentencing is- principles . sues , and
... 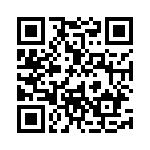