Side 21
Appropriation for Contingent Expenses of General Assembly. eighty-five dollars to pay for water furnished the House of Representatives, and to John T. Boifeuillet, the Clerk of the House, the sum of seventy-five dollars, and to Chas.
Side 162
... City Court of, Act Creating Amended. tor, and other officers of said Court ; to provide compensation for said officers, and for other purposes, approved August 21, 1906, so as to fix the Judge's salary at fifty dollars per month; ...
Side 218
... down to the period in the ninth line thereof, after the words "five dollars," and inserting in lieu thereof the following: "For every person against whom an accusation is brought, and who is prosecuted to trial or plea of guilty, ... 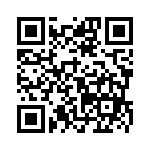