Side 258
... but on the opposite side of the river ; on this bank , nearly facing it , are the
remains of another , called the Jew's castle ... of castles and cities along the
course of the Rhine on both sides is very great , and their situations remarkably
beautiful .
Side 297
297 denominated from the bones found there : but there have been no bones
found there , and the battle was fought on the other side of the hill . From Ossaja
the road begins to rise a little , but does not pass into the roots of the mountains
until ...
Side 298
The Romans , who were forming their array in the mist , suddenly heard the
shouts of the enemy amongst them , on every side , and before they could fall into
their ranks , or draw their swords , or see by whom they were attacked , felt at
once ... 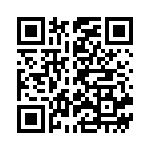