Side 156
My mother has often de- and the garden leapt into the scribed her first sight of it , room , reflected in the mirrors white , piled , rambling , and , at that faced the line of windows . one end , a tower . One after another he pinned ...
Side 157
It's My mother shivered a little of bedrooms , and the boudoir . in spite of the heat . She saw in This last adjoined her own room her imagination rows of men , and was filled with chintz . It very foreign , in tasselled velvet was the ...
Side 158
It seemed , leaving the mother it appeared modern , so comparative shade the serene it looked and eminently kitchen , as though she had practical in the glow of efficient walked into something rather care . than out of something . 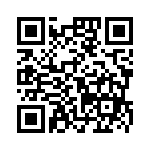