Side 226 - Experience should teach us to be most on our guard to protect liberty when the government's purposes are beneficent. Men born to freedom are naturally alert to repel invasion of their liberty by evil-minded rulers. The greatest dangers to liberty lurk in insidious encroachment by men of zeal, well-meaning, but without understanding.
Vises i 537 bøker fra 1877-2008
Side 97 - Juliana stood there in her night-dress, by the doorway of her room, watching me; her hands were raised, she had lifted the everlasting curtain that covered half her face, and •• for the first, the last, the only time I beheld her extraordinary eyes. They glared at me; they were like the sudden drench, for a caught burglar, of a flood of gaslight; they made me horribly ashamed.
Vises i 64 bøker fra 1886-2007
Mer
Side 453 - Signed, sealed, acknowledged and declared by the said testator as and for his last will and testament in the presence of us (both being present at the same time), who, at his request, in his presence and in the presence of each other, have hereunto subscribed our names as witnesses.
Vises i 200 bøker fra 1832-2007
Side 226 - The makers of our Constitution undertook to secure conditions favorable to the pursuit of happiness. They recognized the significance of man's spiritual nature, of his feelings and of his intellect. They knew that only a part of the pain, pleasure and satisfactions of life are to be found in material things. They sought to protect Americans in their beliefs, their thoughts, their emotions and their sensations.
Vises i 157 bøker fra 1927-2007
Side 213 - My emotional life has always insisted that I should have an intimate friend and a hated enemy. I have always been able to provide myself afresh with both, and it has not infrequently happened that the ideal situation of childhood has been so completely reproduced that friend and enemy have come together in a single individual...
Vises i 40 bøker fra 1954-2007
Side 366 - I was trained to employ local diagnoses and electro-prognosis, and it still strikes me myself as strange that the case histories I write should read like short stories and that, as one might say, they lack the serious stamp of science.
Vises i 135 bøker fra 1837-2007
Side 12 - Mine is a most peaceable disposition. My wishes are: a humble cottage with a thatched roof, but a good bed, good food, the freshest milk and butter, flowers before my window, and a few fine trees before my door; and if God wants to make my happiness complete, he will grant me the joy of seeing some six or seven of my enemies hanging from those trees. Before their death I shall, moved in my heart, forgive them all the wrong they did me in their lifetime. One must, it is true, forgive one's enemies...
Vises i 41 bøker fra 1954-2007
Side 31 - I had always thought so, but never dared tell anyone. I have often felt as though I had inherited all the defiance and all the passions with which our ancestors defended their Temple and could gladly sacrifice my life for one great moment in history.
Vises i 42 bøker fra 1960-2004
Side 30 - I myself have always advocated the love for mankind not out of sentimentality or idealism but for sober, economic reasons: because in the face of our instinctual drives and the world as it is I was compelled to consider this love as indispensable for the preservation of the human species as, say, technology.
Vises i 10 bøker fra 1960-2007
Side 3 - As for the biographers, let them worry, we have no desire to make it too easy for them. Each one of them will be right in his opinion of "The Development of the Hero', and I am already looking forward to seeing them go astray.
Vises i 22 bøker fra 1960-2005
Mindre 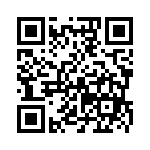