Side 37
The rulers of Persia, considered Malcolm, “ can hardly be so blind as not to
perceive that the complete subjection of their country must be the first step
towards an invasion of India, by either Russia or France, as, without that
preliminary ...
Side 38
Malcolm sailed from Bombay on April 17th 1808, with an impressive retinue of
300 Marines, 100 cavalry, 50 sepoys, and 2 six-pounder cannons. He intended,
he tells us, to address the Persians in the language of “ temperate remonstrance
...
Side 43
Malcolm asked the Shah for permission to leave. The Shah besought him to stay,
but, finding Malcolm adamant, desired to invest him before he left with the Order
of the Sun, which he had conferred on General Gardane. Malcolm refused to ... 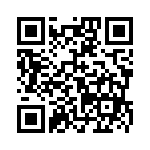