Side vii
Theories about the influence of stationary , declining , or scanty numbers are not included , nor are theories about the influence upon population of socio - economic and other factors . What remains , however , is still by far the most ...
Side 200
These included Gray , Chalmers , Burn , and Wirth , and they pointed out a number of ways in which an advancing number of people may stimulate production . Others , such as Godwin , Ravenstone , Sadler , Edmonds , Scrope , and Ricardo ...
Side 386
under the pseudonym Karl Marlo.16 The second volume of the Untersuchungen ( 1857 ) included a chapter on population theory and policy . Here Winkelblech recognized three classes of nations with respect to population size . 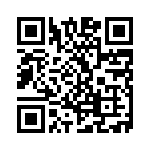