Side 48
Coulter and Tulberg22 Unfortunately for the Indian claimants, and perhaps for
others as well, the courts were not ... in 1988 when the Supreme Court spoke
decisively on the subject in Lyng v Northwest Indian Cemetery Protective
Association.
Side 74
Two Supreme Court cases illustrate this point and one of them set the stage for
the full exploitation of the notion of federal plenary power over Indian affairs. In
the early 1880s one Crow Dog, a Brule Sioux, murdered Spotted Tail, a well-
known ...
Side 76
The issue, as the Court understood it, and as it was brought before the Court by
the Indian plaintiffs, was adequate compensation, not governmental confiscation
of land. In effect, the Court held that when the government took the land without ...

David Chidester is a two-time winner of the American Academy of Religion's "Award for Excellence in Religious Studies." He is professor of comparative religion at the University of Cape Town in South Africa.

Edward T. Linenthal is Edward M. Penson Professor of Religion and American Culture at the University of Wisconsin, Oshkosh. He is the author of Sacred Ground: Americans and Their Battlefields and Preserving Memory: The Struggle to Create America's Holocaust Museum, and co-editor of History Wars: The
Enola Gay and Other Battles to Preserve America's Past. 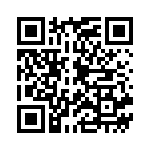