Partially magic is the wonder of the uninformed viewer. But reality has its levels. What is magic to one level of understanding is commonplace to another. But all knowledge fits into a context, which has to be respected/ Les hele vurderingen

Wilson can be credited with putting together a clear/concise effort to try to shed light on what has often been misunderstood. Les hele vurderingen

Colin Wilson was born on June 26, 1931 in Leicester, England. He attended a local technical school, where he did well in physics and chemistry, and left at 16 to work in a wool factory. Before becoming a writer, he worked as a laboratory assistant, tax clerk, laborer and hospital porter. His first book, The Outsider, was published in 1956 when he was 24 years old. During his lifetime, he wrote more than 100 works on a wide variety of subjects including philosophy, religion, occult and supernatural phenomenea, music, sex, crime and critical theory. His other works include Religion and the Rebel, The Age of Defeat, Ritual in the Dark, The Strength to Dream, Origins of the Sexual Impulse, The Occult, Alien Dawn, Dreaming to Some Purpose, The Angry Years: The Rise and Fall of the Angry Young Men, and Super Consciousness. His biographies include works on Bernard Shaw, David Lindsay, Herman Hesse, Wilhelm Reich, Jorge Luis Borges, Ken Russell, Rudolph Steiner, Aleister Crowley, and P. D. Ouspensky. Wilson died on December 5, 2013 at the age of 82. 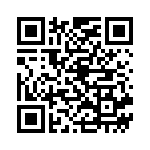