Genevieve Lehr is a teacher and writer living in Halifax. 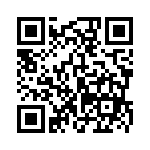