Bernard Bailyn was born in Hartford, Connecticut, in 1922, and did his undergraduate work at Williams College. He began his teaching career at Harvard University immediately after the university granted him a Ph.D. in 1953, and he remained there until he retired in 1991. During his tenure at Harvard, he was Winthrop Professor, Adams University Professor, and James Duncan Phillips Professor of Early American History. For years Bailyn was editor in chief of the Harvard Library and director of the Charles Warren Center for Studies in American History. An innovative and influential historian of early America, Bernard Bailyn has written quantitative studies of the colonial New England economy, probing examinations of the ideological origins of the American Revolution, and penetrating studies of the social and cultural foundations of American education. Bailyn is particularly adept at interweaving social, intellectual, economic, and political factors into coherent narrative history. A pioneer in adapting the new tools of social science to the writing of history, he is also a fine literary stylist. Bailyn has been Pitt Professor at Cambridge University and president of the American Historical Association. He holds membership in the American Academy of Arts and Sciences and in the British Academy. His writings have earned him the Bancroft Prize and the National Book Award. Bailyn received two Pulitzers-one in 1968 for The Ideological Origins of the American Revolution (1967), which challenges traditional interpretations of the causes of the American Revolution, and the other in 1987 for Voyagers to the West (1986), which explores reasons for migration to America just prior to the Revolution. His other work includes The Barbarous Years (2013) and Illuminating History: A Retrospective of Seven Decades (2020). Bernard Bailyn, author of over 20 books, died on August 7, 2020 at the age of 97.

Pulitzer Prize-winning biographer and historian David Herbert Donald was born October 1, 1920 in Goodman, Miss. He married Aida DiPace in 1955, they had one child, Bruce Randall. He received an A.B. in 1941 from Millsaps College; an A.M. in 1942, and a Ph.D. from the University of Illinois in 1946. Donald has been an associate professor of history at Smith College and a professor of history at Columbia University; Princeton University and Johns Hopkins University. He was also Harry C. Warren Professor of American History, chair of the graduate program in American civilization, and professor emeritus at Harvard University. Much of Donald's work involves exploring and interpreting the American Civil War and its central figure, Abraham Lincoln. Some recent works includes Look Homeward: A Life of Thomas Wolfe, Lincoln, and Charles Sumner and the Coming of the Civil War, 1996. He received Pulitzer Prizes in biography for both Charles Sumner and Look Homeward.

History professor and award-winning author Gordon S. Wood was born in Concord, Massachusetts on November 27, 1933. After graduating in 1955 from Tufts University he served in the US Air Force in Japan and earned his master's degree from Harvard University. In 1964, Wood earned his Ph. D. in history from Harvard, and he taught there, as well as at the College of William and Mary and the University of Michigan, before joining the Brown University faculty in 1969. Wood has published a number of articles and books, including The Creation of the American Republic, 1776-1787, which won the Bancroft Prize and the John H. Dunning Prize in 1970, and The Radicalism of the American Revolution, winner of the Pulitzer Prize for History and the Ralph Waldo Emerson Prize in 1993. He has won many other awards in the past five decades from organizations such as the American Historical Association, the New York Historical Society, and the Fraunces Tavern Museum. Wood is a fellow of both the American Academy of Arts and Sciences and the American Philosophical Society. In 2014, his book, The American Revolution: A History, was on the New York Times bestseller list. 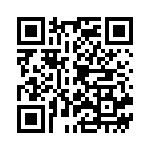