Side 47
As for human proofs, it is so large a field, as in a discourse of this nature and
brevity it is fit rather to use choice of those things which we shall produce, than to
embrace the variety of them. First therefore, in the degrees of human honour ...
Side 115
So as human philosophy is either simple and particular, or conjugate and civil.
Humanity particular consisteth of the same parts whereof man consisteth ; that is,
of knowledges which respect the body, and of knowledges that respect the mind.
Side 131
So therefore we content ourselves with the former division, that human
philosophy, which respecteth the faculties of the mind of man, hath two parts,
rational and moral. 2. The part of human philosophy which is rational, is of all
knowledges, ... 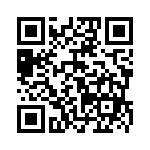