Side 319
... been in contact with “ subversive , " i.e. , pro - Nazi and Nazi , elements , and in
consequence the United States refused to recognise the new régime , an
example which was followed by Great Britain and all the other South American
States .
Side 442
This was followed by a series of novels set mostly in Cornwall , his Troy Town
being Fowey , where he lived for many years , and which he made famous by “
The Astonishing History of Troy Town . ” In some short sketches in “ Noughts and
...
Side 452
with The Pageant and The Dome , which followed The Yellow Book and The
Savoy , and with Sir Charles Holmes he helped in the publications of the Vale
Press . His true métier , however , was poetry . His first volume , “ The
Vinedresser and ... 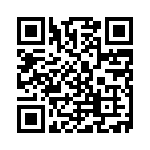