John D. Rosenberg is William Peterfield Trent Professor of English at Columbia University of New York. He has received numerous awards and fellowships, including American Council of Learned Societies, Guggenheim and NEH fellowships. Among many works and editions, he has written 'The Darkening Glass, on Ruskin' (Columbia University Press, 1961); and 'Carlyle and the Burden of History' (Harvard University Press, 1985). 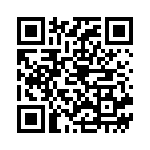