This is yet another extremely informative, fascinating and mind-expanding book by Dolores Cannon, one of my favourite authors. I greatly admire this author for her tremendous service to mankind in ... Les hele vurderingen

Review: The Custodians: Beyond Abduction

My first book on the subject, The Custodians proved to be a compelling authority on the subject of alien abduction. Cannon not only provided first-person accounts, but also offers a sneak peak into ... Les hele vurderingen

†DOLORES CANNON was born in 1931 in St. Louis, Missouri. She was educated and lived in Missouri until her marriage in 1951 to a career Navy man. She spent the next 20 years traveling all over the world as a typical Navy wife and raised her family.

In 1968 she had her first exposure to reincarnation via regressive hypnosis when her husband, an amateur hypnotist, stumbled across the past life of a woman he was working with who had a weight problem. At that time the "past fife" subject was unorthodox and very few people were experimenting in the field. It sparked her interest, but had to be put aside as the demands of family life took precedence.

In 1970 her husband was discharged as a disabled veteran, and they retired to the hills of Arkansas. She then started her writing career and began selling her articles to various magazines and newspapers. When her children began lives of their own, her interest in regressive hypnosis and reincarnation was reawakened. She studied the various hypnosis methods and thus developed her own unique technique which enabled her to gain the most efficient release of information from her subjects. Since 1979 she has regressed and cataloged information gained from hundreds of volunteers. She calls herself a regressionist and a psychic researcher who records "lost" knowledge. She has also worked with the Mutual UFO Network (MUFON) for a number of years.

Dolores Cannon has four children and twelve grandchildren who demand that she be solidly balanced between the "real" world of her family and the "unseen" world of her work. If you wish to correspond with Dolores about her work, you may write to her at the following address. (Please enclose a selfaddressed stamped envelope for her reply.) 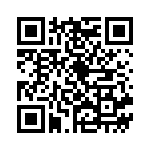