Nobel laureate Szymborska (Miracle Fair, 2001, etc.) reprints nearly a hundred pithy pieces about books from her many years as a newspaper columnist in Poland.But don't call them reviews. "I am and ... Les hele vurderingen

WISLAWA SZYMBORSKA (1923-2012) was born in Poland and worked as a poetry editor, translator, and columnist. She was awarded the Nobel Prize in Literature in 1996. Her books include Monologue of a Dog, Map: Collected and Last Poems, and Poems New and Collected: 1957-1997.

CLARE CAVANAGH, professor of Slavic and comparative literature at Northwestern, has received a PEN Translation Award for her work, with Stanislaw Baranczak, on Szymborska's poetry. 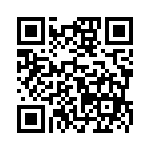