Side 274
Supreme Court. - purposes of the instant case will as- usufructuary rights permits
the sume , arguendo , that the severability United States to remove the standard
for statutes also applies to Chippewa from the land completely ; executive orders
...
Side 280
1837 Treaty with the Chippewa , 7 The Territorial Legislature directed Stat . 537 .
its resolution to Congress , but it In 1842 , many of the same Chippewa Zachary
Taylor . App . 674 ( Report eventually made its way to President Bands entered ...
Side 289
Rather , merely have subjected Chippewa the letter addressed the mechanics
hunters , fishers , and gatherers to of implementing the removal order . territorial ,
and , later , state regulaRecord , Doc . No. 311 , Plaintiffs ' Exh . tion . Brief for ... 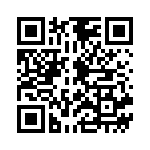