RAZMIK PANOSSIAN obtained his PhD from the LSE, where he also taught, with a thesis which won the Lord Bryce Prize for the Best Dissertation in Comparative and International Politics (2001). 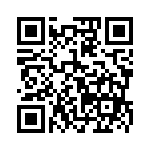