Michael Keating was the secretary of the departments of Industrial Relations, Finance and Prime Minister and Cabinet between 1983 and 1996. He is adjunct professor of politics and public policy at Griffith University.

John Wanna teaches public policy and politics at Griffith University. He is a co-author of the highly successful Public Policy in Australia with Patrick Weller.

Patrick Weller is the author of several books on Australian politics, in particular the area of executive government. They include First Among Equals (1985), Malcolm Fraser PM (1989), New Ideas? Better Government? (1995) and Dodging Raindrops: John Button (1999). 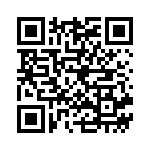