Side 30 - There is no excellent Beauty that hath not some strangeness in the proportion. A man cannot tell, whether Apelles or Albert Durer were the more trifler; whereof the one would make a personage by geometrical proportions, the other by taking the best parts out of divers faces to make one Excellent.
Vises i 243 bĝker fra 1756-2008
Side 27 - The gusto grande of the Italians, the beau ideal of the French, and the great style, genius, and taste among the English, are but different appellations of the same thing. It is this intellectual dignity...
Vises i 63 bĝker fra 1772-2006
Mer
Side 228 - ... defrauded of the due reward of his merit by the wits of his time who did not understand the principles of composition in poetry better than he, and who knew little or nothing of what he understood perfectly, the general ruling principles of architecture and painting.
Vises i 64 bĝker fra 1787-2006
Side 216 - Such men will always prefer imitation to that excellence which is addressed to another faculty that they do not possess; but these are not the persons to whom a painter is to look, any more than a judge of morals and manners ought to refer controverted points upon those subjects to the opinions of people taken from the banks of the Ohio, or from New Holland.
Vises i 60 bĝker fra 1787-2007
Side 272 - Angelo; with all the rest of the cant of Criticism, which he emitted with that volubility which generally those orators have, who annex no ideas to their words. As we were passing through the rooms, in our way to the Gallery, I made him observe a whole length of Charles the First, by...
Vises i 39 bĝker fra 1761-2005
Side 29 - It must be an eye long used to the contemplation and comparison of these forms ; and which, by a long habit of observing what any set of objects of the same kind have in common, has acquired the power of discerning what each wants in particular.
Vises i 56 bĝker fra 1813-2006
Side 153 - To what Falconet has said, we may add that supposing this method of leaving the expression of grief to the imagination to be, as it was thought to be, the invention of the painter, and that it deserves all the praise that has been given it, still it is a trick that will serve but once; whoever does it a second time will not only want novelty, but be justly suspected of using artifice to evade difficulties. If difficulties overcome make a great part of the merit of art, difficulties evaded can deserve...
Vises i 43 bĝker fra 1801-2007
Side 244 - His handling, the manner of leaving the colours, or, in other words, the methods he used for producing the effect, had very much the appearance of the work of an artist who had never learned from others the usual and regular practice belonging to the art ; but still, like a man of strong intuitive perception of what was required, he found out a way of his own to accomplish his purpose.
Vises i 44 bĝker fra 1801-2003
Side 97 - Study therefore the great works of the great masters, for ever. Study as nearly as you can, in the order, in the manner, and on the principles, on which they studied. Study nature attentively, but always with those masters in your company ; consider them as models which you are to imitate, and at the same time as rivals with whom you are to contend.
Vises i 73 bĝker fra 1778-2006
Side 282 - ... but, because it is uncommon, is it therefore beautiful? The beauty that is produced by colour, as when we prefer one bird to another, though of the same form, on account of its colour, has nothing to do with this argument, which reaches only to form. I have here considered the word beauty as being properly applied to form alone.
Vises i 38 bĝker fra 1761-2007
Mindre

Sir Joshua Reynolds was the most influential and important painter of Georgian England, the first president of the Royal Academy, and, so to speak, the greatest establishment figure in English art. Born into a cultured family (unlike most artists of his day), he was a learned man, in touch with the leading literary figures of the time, Samuel Johnson (see Vol. 1) among them. He received thorough training in Italy (1750--52), where he studied the works of Michelangelo, Raphael, and Titian. He thus became a confirmed neoclassicist, but some influences from the baroque style of Rubens are also discernible. His Discourses, held at the Royal Academy and widely disseminated in print, are the most important documents of eighteenth-century classicism in art and exercised great influence. As a painter, Reynolds excelled in portraiture. Many members of the high aristocracy of his time were painted by him in the grand manner, which he combined with subtlety and sensitivity. His technique was often faulty, and many of his pictures have cracked or lost much of their color. He was extraordinarily prolific until blindness struck him in his last year. 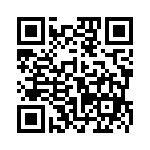