Side 1969
In its essence , however , it would appear to call for informative action by the
neutral manifested through official certifications offering reliable assurance as to
relevant facts . On March 30 , 1929 , Mr . Adams , Secretary of the Navy , informed
the ...
Side 2184
On January 11 , 1894 , in the course of an insurrection in Brazil , Mr . Gresham ,
Secretary of State , instructed the American Minister to that country in substance
that " while an effective blockade of the port ( of Rio ] by the insurgents would be ...
Side 2185
In 1909 , in the course of a revolution in Nicaragua , Mr . Knox , Secretary of State
, declared that if the announced blockade of Greytown by the ( unrecognized )
insurgents under Gen . Estrada should be " effectively maintained , and the ... 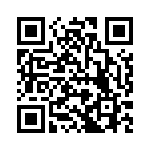