Side 51
3 Agency How actions are to be understood in terms of intentionality , goals and
ends , freedoms and constraints , are issues that are central to philosophical
discussion . The concept of action and its correlate , agency , has , however , also
...
Side 62
The notion of a freely acting individual has occupied a central place in classical
liberal theory since the late sixteenth and early seventeenth centuries . It is also ,
of course , a central tenet of capitalism . Equally , ' free ' agents , capable of ...
Side 146
The concept of ' reflexivity ' , which underwrites Giddens ' s theory of modernity is ,
as we have noted , deeply problematic : it is based on the central concept of a
disembedded and dehistoricised individual . In addition , the ' postscarcity system
...

Brian Jarvis lectures in American Literature at Loughborough University. This is his first book. 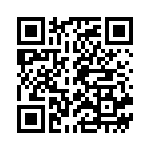