George MacDonald was a Scottish author and minister best known for his fairy tales and fantasy novels. A theologian, MacDonald was pastor of Trinity Congregational Church in Arundel before moving to London to teach at the University of London. MacDonald s work influenced many fantasy writers including J. R. R. Tolkien, C. S. Lewis, and Madeleine L Engle; he is recognized as a mentor to Lewis Carroll and heavily influenced Carroll s decision to submit Alice s Adventures in Wonderland for publication. MacDonald was a prolific writer, and penned such fantasy classics as Phantastes, The Princess and the Goblin, and Lillith. George MacDonald died in 1905. 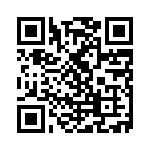