Side 53
1 Thence he proceeded in state to the harbour where the great Venetian fleet lay
waiting for him , boarded his flagship and gave the signal to weigh anchor . After
a night at Jesolo , the fleet came the next morning to Grado , where the Patriarch
...
Side 249
Another Venetian fleet under his fellow - admiral Carlo Zeno was shortly
expected in Pola from the East ; if it were to turn up , then the two together should
be able to deal with the Genoese . Meanwhile it would be better to remain in
harbour ...
Side 328
By now , what little hope the exhausted defenders retained of saving the city was
concentrated on the longawaited Venetian Aleet . Yet even this was
problematical . Although Minotto seems to have promised the Emperor that a fleet
would be ... 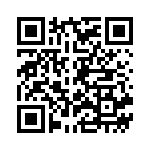