Side 2089
35 REPORT OF TRACHOMA CLINIC CONDUCTED AT PELHAM, MITCHELL
COUNTY, GA., NOVEMBER 14, 1921 -APRIL 1, 1922. By John McMullen,
8urgeon, United States Public Health Service. At the request of the State health
officer of ...
Side 2090
Another family visited showed the father, aged 55, to be affected with trachoma of
the papillary type. The conjunctiva was markedly hypertrophied, presenting the
strawberrylike appearance; there were pannus, marked photophobia, and ...
Side 2092
In this district work and examination for trachoma, the cases ranged from those of
well-marked, long-standing, positive trachoma with the sequelae, including total
blindness in a number of cases, to the lighter forms of lid trouble and simple ... 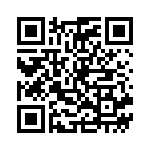