Side 4
In the same way that Ayutthaya , Manila , and Pusan served in early modern
times the political economies of Siam , Spanish - ruled Luzon , and Korea , the
port cities of Batavia , Canton , and Nagasaki served as gateways to large
portions of ...
Side 5
Situated on the Pearl River , Guangzhou has served for almost two millennia as
the maritime gateway to the Chinese empire . In the seventeenth and eighteenth
centuries Canton , as it was then known in the West , became , together with its ...
Side 51
33 Also indispensable were the pidgin - speaking linguists , or lingos , and their
staff , who served as go - betweens in transacting the visitors ' business with the
Hoppo , or Yuehaiguan jiandu , the superintendent in charge of managing
foreign ... 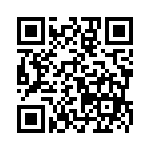