Side 85
He was brought before the justices , who decided to commit him for trial , and
before doing so they administered the usual statutory caution . In answer to it , the
appellant used the words , which one comes across so often , but which
generally ...
Side 86
Accordingly at the trial , when the appellant was put up to plead , there was no
witness present except one police officer . At the trial , the appellant , no doubt to
the surprise of everybody in court , pleaded not guilty , and very soon made it ...
Side 97
129 ) : “ A word must be said upon the procedure which was followed at the trial ,
a procedure not such as is approved by this court , nor followed in other courts ,
and a procedure which ought not to be followed . ” He added that , in the opinion
... 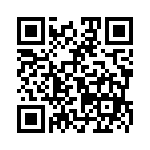