Side 242
6 Bay , none had put in an appearance ; but one evening , shortly before sunset , we were strolling on Long Beach , which lies close to the little Cable and Wireless Company's settlement of Georgetown , idly watching the boobies crash ...
Side 250
... and then the again to his chisel . varnish ; that would take some time , Seen close - to , she was a double- of course , and it needed very good ended skiff of the old design , with weather , not like this summer .
Side 278
As he did so his arm round little Consuelo's shoulders drew her to him , so that she felt herself held close , close against him . He picked up his glass and , bending down with infinite tenderness , spoke to her . 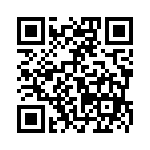